Situated on New Zealand’s North Island, the Taupo Volcanic Zone is the country’s most geothermally active region. Rotorua is a popular destination for travellers and holidaymakers, despite the perpetual smell of rotten eggs. I found out why.

Rotorua stinks! There is no polite way to say it. It stinks of rotten eggs. Now I hadn’t just come to this conclusion because I was staying in the dormitory of the Funky Green Voyager backpackers hostel, although it probably didn’t help. But I can assure it wasn’t the result of constant emissions from weary travellers living on a cheap diet of pasta and eggs. It was the result of constant seismic activity beneath my feet, and this activity expelling its sulphuric gases in strategic locations around the town.

Rotorua and its lake sit inside the caldera of an ancient volcano, 20kms at its widest point. Lake Rotorua sits at 300m above sea level. All this is backed by the haunting presence of Tarawera Mountain, whose violent eruption back in the late 1800s is always in the minds of locals and visitors alike.

The Rotorua area is also one of the most geothermally active regions in the world. There are 7 geothermal fields, and all almost everywhere you look you’ll see hot, bubbling pools and erupting steam vents. A stroll through the streets and parks of Rotorua is not one that can be taken lightly. A constant feeling of foreboding remains ever present; the idea that at any given moment you could simply slide down a crack in the ground and melt into the earth’s crust is never far from your mind.

This of course explains the horrendous smell of rotten eggs. It’s not subtle either. It hits you smack in the nostrils the moment you arrive. During my visit many years ago with my wife (or at least she is now. We figured if we could survive Rotorua together, we could survive anything), we actually stayed for about two months. Quite an achievement when you think about it. But despite the smell, which although always lingers, does actually seem to lessen the longer you stay. (Either that or our brains were slowly being melted away by the noxious gases.)

It’s not all as bad as it sounds

Aside from the pong, Rotorua is a fascinating place to visit. As mentioned already, it’s so geothermally active that locals even harness the thermal water and use it to heat their homes. The region encompasses 18 lakes, 800 hectares of parklands, gardens and nature reserves free for public use.

The landscape is breathtaking. Along with Mt Tarawera, you can also see Rainbow Mountain, Mt Ngongotaha and Mokoia Island. There are miles upon miles of hiking and cycling trails. The surrounding regions also offer great activities and sights to see.

READ NEXT  Pula or Pola

Hell’s Gate, or Tikitere as it’s known by its Maori name, is a suburb of Rotorua. The region has been active for 10,000 years ever since eruption drained the ancient lake here. The eruption created faults from which steam and gas can escape. It’s not an area to take lightly, as the entrance sign warns.

However despite its power to kill, it also has the power to heal. The thermal mud and sulphuric mineral water contains healing properties. And if you don’t believe me, ask the local Maoris have been using it for the last 800 years.

Once again within walking or cycling distance from the centre, Sulphur Point is yet another region where you can stroll along the boardwalks and along paths beside bubbling mud cauldrons and steaming vents. There is a nice two-hour walking path which follows the shore of the lake to Sulphur Bay.

At the time of my visit this name didn’t really have the connotation it has for me now. (Our former illustrious leader, British Prime Minister David Cameron should be brought here.) The hydrogen sulphide and carbon dioxide gases apparently have a similar effect to laughing gas (nitrous oxide). The gas also causes fainting. Despite this, it has been used over the centuries for its therapeutic healing properties.

A visit to Wai-O-Tapu Thermal Wonderland is a must if you truly want to understand this region.

The name means “Sacred Water”. There are many areas where you can view the wonders of the thermal activity here, but Wai-O-Tapu is by far my absolute favourite, and encompasses everything the other parks have, and a lot, lot more.

The park opens at 8.30 in the morning, and at 10.15 the Lady Knox geyser is triggered. In 1901 Wai-O-Tapu was the site of New Zealand’s first ever prison. It was during this time of incarceration that inmates, as they washed their clothes in the hot water, discovered you could trigger a geyser by adding soap. The water can reach up to a height of 20 metres.

After a visit to the geyser you can then go into the main park and take a walk through the Thermal Wonderland. Before the eruption of Tarawera, the main attraction in the area was the Pink and White Terraces. After their destruction in 1886, attention shifted to the Primrose Terrace in Wai-O-Tapu, a flowing river of water rich in silica. Before you reach that though, you will be wowed, like I was, as you reach the Artist’s Palette. I stepped onto a lookout with uncanny timing, as the clouds parted and sun burst through to illuminate the vast array of vivid colours.

As you cross a boardwalk just beyond this you reach the Champagne Pool, from where the water flows into the Primrose Terraces. This is the image you’ll see on all promotional literature, and a sight to behold should you be fortunate enough to see it through the plume of steam rising from the hot pool, which engulfs anyone who stands upwind of it.

READ NEXT  A World Above the Clouds - (Crossing the Bolivian Altiplano)

The park is mapped out by a series of walkways, most of them relatively easygoing. After picking my way through an abundance of hot pools, sulphurous craters and steaming holes, at the very end of the park I came across a lake. From the lookout I gazed intently across the huge body of vivid green water to the shape of Mount Tarawera, looking so innocent and serene in the distance. But looks can be very deceiving.

Kuirau Park is just a short walk from the town centre and offers your first glimpse into this fascinating geothermal world. Wooden walkways take you across steaming lakes and bubbling mud pools. It’s open all year during daylight hours (You wouldn’t want to be there after dark!). Among its many attractions are a crater lake, hot springs, free thermal foot baths, barbecue and picnic tables and even a free Wedding Venue (If you fancy a wedding full of guest with wrinkled-up noses).

Legend says that the lake is named after a beautiful young woman named Kuiarau. She was bathing in the waters of this small lake when a taniwha (dragon) grabbed her and took her down to his lair beneath the lake. This angered the gods, who in turn made the lake boil.

But it’s not all steaming vents, bubbling mud and a haunting stark landscape. Areas of this park, and other areas of Rotorua is full of lush green walkways, leafy tree-lined paths and more.

So don’t be put off by the smell

As you can see, there is so much more to Rotorua than meets the nose. It’s a fascinating place with so much to see and do that can keep you there for two months. So next time you are in New Zealand, you must pay it a visit.

Just bring a peg for your nose. 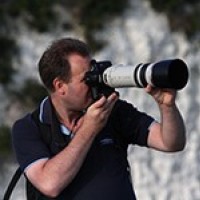 Hiking with kids to the church of Saint Jacob
June 4, 2019